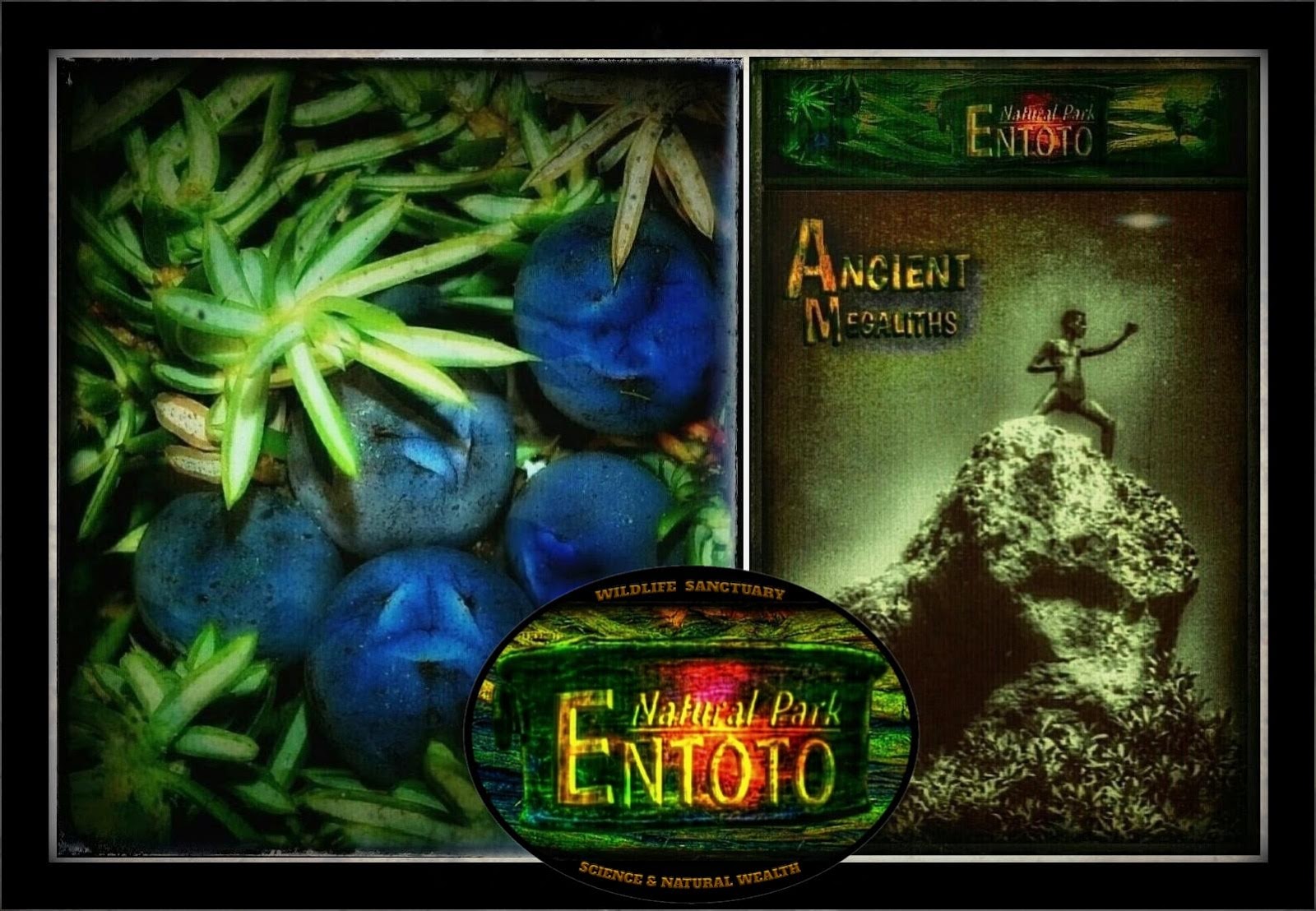 Man's contemporary heritage lies in the fog and strange avoiding sweeping the shivers. Requirements for the precious worship of light-hearted flair to follow the old legacy of reverence for the ancestor without choice. Painstakingly in haze hides the power's hands to fill the soul of laziness and golden dung. Sharp minds from the blade's hearth spend lethal sharpness nobly wrought. With double edges cleave blade curtains of deceptive sweetness, where Golden Dawn attracts the son of helots to the Elysian fields.


To those who sit still in jealous contemplation and experience the beauty of Entoto Kidane Mehret's courtyard is given a reflection on how passion can be directed to protect their fellow human beings and nature.

The Past of Western Civilization

In consideration of the human past, present themselves quickly a need to seek the evocation of times in the positive development with a golden lustre of greatness and this even though more and more often at the more in-depth study reveals the bizarre and unpleasant images of contradictions that seem very counterproductive and highly destructive.

Megaliths of Experience and Knowledge

The foremost of the philosophers, writers and scientists describe with elegant strength and clarity that the main of human civilization absolutely requires that the near-equal power continually opposes man's most profound aspiration for the high quality of life. Furthermore, that this struggle is the very essence and driving force of human nature with its chaotic and often very vulnerable path of development.

Deep regret moans accompanying, however, the different need for struggle and conflict in which this tragic and dangerous road. This had given mothers of countless generations to be left alone, grieving over sons who were lost in their best years and fathers whose lives were lost when small children had the greatest need of help and support.

With immense tragedy strikes this with historical reliability against all categories and with a wide variation in the depth of the life stories affected all levels with devastating strength regardless of social affiliation.

Variations in the strength of these fates seem instead to be dependent on the ability to deep insight into the value of alliances with parties seeking similar goals and who possess sufficient power to incorporate these intentions into a reality.

However, a caution exists regarding the reliability of these alliances because incentives are often seemingly genuine while the real intention of the parties is often imparting an illusion to hide personal purposes. This imposed illusion may, in fact, consist of a deep-seated need of destructiveness well protected in a ruined character or merely a psychopath.

Disregard of these whimsical fraudulent parties can be fatal but still very common where the most gruesome crime has been executed in the innermost of the utterly most unusual alliances of powers, and this is recurring through man's recorded history.

A Stroke of Luck, Among Others?

The exception to this seems to be the democratic institutions that developed in the West during the past century, which appears to be sufficiently diverse and transparent to prevent a transition to the hidden agenda of despotism.  However, the exception and with strong reservations regarding the reliability of the safety of individuals within the absolute top sphere of leaders which, through an innocent exposure of the media made vulnerable to attack by fanatics, and criminal organizations. This is obvious and self-evident, but it is also apparent that the hitherto lasting stability of democratic institutions in the Western world is a solid foundation for technological and economic development.

Very clear is that Western civilization receives its current stability through earlier cultures very harsh conditions in which these hardships can impart clues to a culture pattern in the dramatic rise and further in the management of accumulated knowledge. Ultimately then, a decline in dangerous and primitive the power struggles, corruption and very time-consuming debauchery through various games in emotional stimuli, aphrodisiac, delirium in an ever-increasing need to be seen in this critical success with a lying, wallowing and giggled pose.

The talented people sense with finesse this struggle, and this intuitive with the unique ability, related to a musician's dazzling charming empathy and skill. This inherent popularity allows this behaviour and social heritage of a transition to a single genetic inheritance but also the emergence of a degenerate ethical ideal in modern favourite man. This legacy, however, is multi-faceted because the phenomenon is apparent and gives the result that many are leaving the sinking civilization in disgust and fear. However, this is most often the seed or the hope of creating a new future for the children of the next generation.

The separation between these two cultural expressions is often complicated because the lure of success from the celebrated libertines in the beer halls of social gathering with its drumming tune is dominant in their security. At the same time, together they nourished in joy and vitality that dominated over the displaced and in the last joy crazies of assets left by fleeing.

The bawling of success breaks through the beer hall, and the glasses lifted hailed a glorious future where it can already be discerned a powerful grouping with strange contradiction adorn their lives with the most superior technology from previous generations cultures.

It was described earlier about the value of alliances with dominant parties which houses a joint interest development. It is evident that even if the above grouping would be a safe bet for the successful partnership, so it is also equipped with a critical weakness in longer-lasting reliability.  This concealed fragility occurs by a complete absence of intellectual strength, but also a lack of intelligence regarding the most basic functions given the structure of the genetic constitution of the human species.

This is a severe shortcoming, and even if this type of group historically been the most attractive to young and active people should perhaps a reflection arise, because of what their historical legacy has given. This gives evidence from traumatic and the most repulsive among human phenomena where those with the most unpleasant clarity cover the majority of the deepest tragic and shocking foul of past events.

But usually lure too loud in the pleasurable feeling to throw all concerns and for the majority to surrender in a group of like-minded people that provide their own identity with a confirmation. Here in this realm of mutual affection of euphoria where passionate most pleasant is that the love is given without cause and be loved unconditionally. This is then regarded as the only and correct way of love in which the faces are the very configuration and ideal for this absolute passion. To exert direct argument or sporting struggle against these groups together welded lustful love is utterly meaningless that would result in a massive loss of assets but also seriously risking the health and survival.

It is often advisable to let these powerful groups operate along with their passion and love, however, provided they do not show signs of a willingness or intention to dominate civilization established financial structures and other institutions. Since ancient times, yet, this regularly occurred and reliable clout has lyrical hordes of high efficiency assassinating and murdering those who subsequently regarded as the most epoch-making talents in both science and philosophy.

The most compelling conductors of these driving hordes then become the very foundation of the power's institutions but not surprising then occurs an absorption from an almost lost history. Slowly but surely the new rulers integrating the science or philosophy whose authors or creators precisely centuries or a millennium earlier became public brutally murdered.

Perhaps this describes quite well why heady hordes through history are persecuting and murdering the prime of talent and this because their future increasingly will be populated by the children of the Horde and not of the children of the despised skills in incomprehensible science.

Managing these heady lustful hordes is very difficult and extremely dangerous, and the tools that can succeed should probably remain hidden entirely but nonetheless highly effective. This effectiveness is potential by an interactive intellectual campaign with the most critical genetic heritage of human beings and its accompanying civilization's technical gear.

On the Shoulders of Giants

Viktor E Frankl described his relationship with Sigmund Freud with the parable of a dwarf might need to step onto the shoulders of giants to see farther than the giant.

It was coincidences that made Viktor E Frankl, and Sigmund Freud survived their hordes and imparted his great scientific heritage and shoulders. These are the substantial scientific giants, which undoubtedly provides a higher level of view than most people's mind can grasp or appreciate.

To value the heritage of these giants is difficult, but perhaps most closely, today's human consciousness is Viktor E Frankl's logotherapy. In this theory, it can sense how man's everyday struggle for a quality life and meaning came to be the essential values for almost all of the contemporary man's life and career.