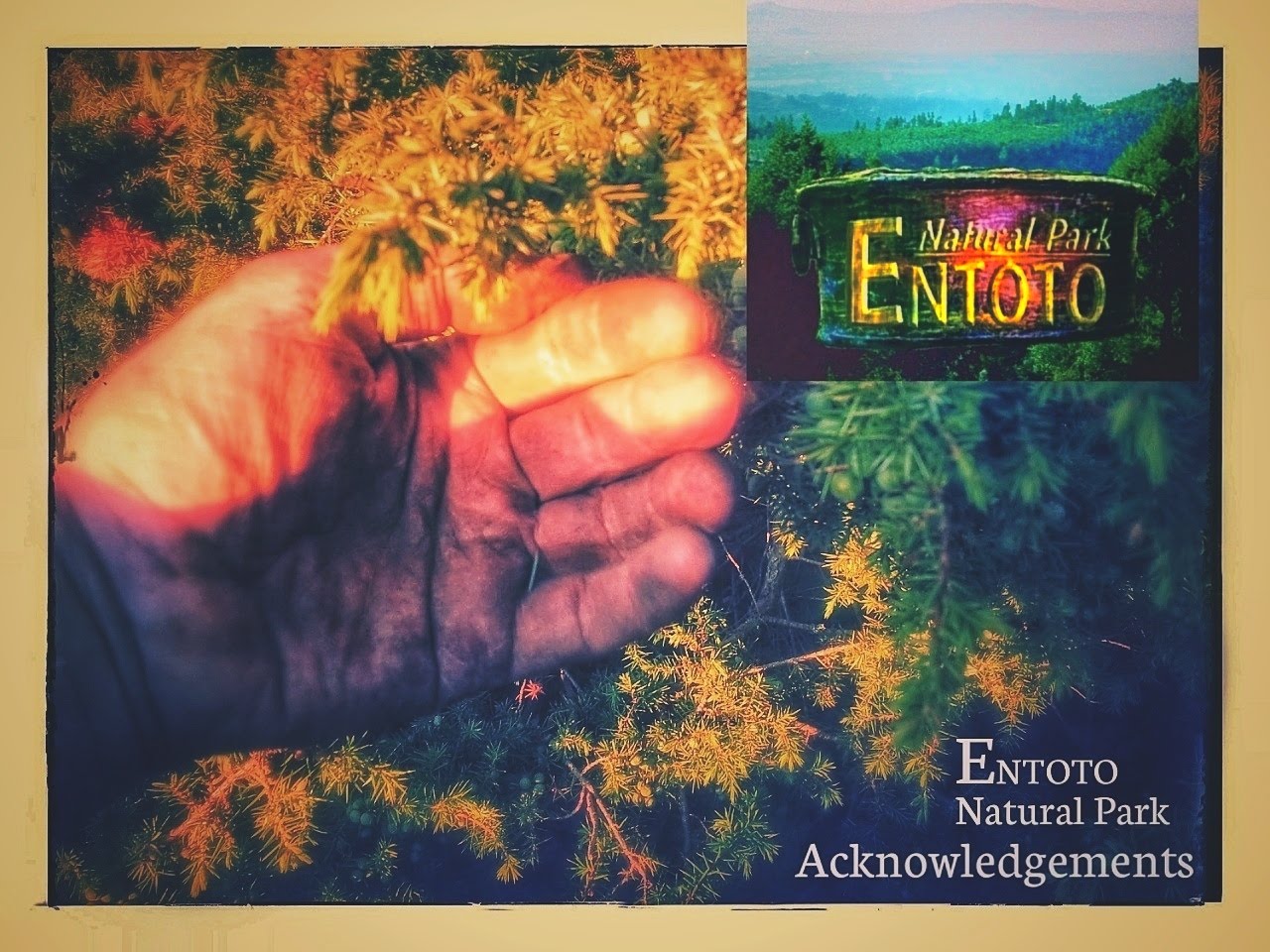 In Ethiopia, we were incorporated in a team of Ethiopians and expatriates working for the establishment of a natural park. Coming as foreigners to a new part of the world, not as a tourist but in order to carry out a study, can be very difficult. We were lucky in this case as there were a group of people already working on the project, and we were from the very beginning on good terms with them. These are the members of the Park Committee, who we had the pleasure of working with during our stay in Addis. You have all been helpful and have made us feel full members of the Committee. ('Ato' and 'Wro.' are the Amharic equivalences to 'Mr.' and 'Mrs.')

Mr. Michael Sargent,  initiative taker to the park and the founder of the Ethiopia Heritage Trust. He is very enthusiastic about many ideas and visions. He also had the power to put them into reality. As Mr. Sargent is Head of British Council, he offered the Park Committee an office at the British Council Building, situated in the Piazza area. We could also use the British Council car for some trips up on Entoto.

Wro Beletu Mengistu, park coordinator and formerly an official at the Ministry of Education. As the Park Coordinator, she had many duties on her table and was the first to be full time employed for establishing the Entoto Natural Park. She had a big interest in ecological and environmental education questions and is invaluable with her diplomatic experience. We paid visits to many parks of Addis Ababa with her and Ato Napoleon and met her almost daily at the British Council office.

Mrs. Sue Edwards, member of Flora Project, National Herbarium. She has a profound knowledge of Ethiopian species. We worked closely together and made a couple of field trips, one of them to a park outside Addis. We also spent many afternoons with her in the National Herbarium office. A special thanks for offering us better living and nursing us when we become ill.

Through Mrs Edwards, we met other botanists, who become members of the Park Committee during our time in Ethiopia. Among them,  Ato Damtew Teferra,  and Ato Mirutz Ghiday took an active part in the discussion and were turning the Committee towards a more Ethiopian view.

Ato Yoseph Bereded, architect. He has participated in the work on the latest Master Plan of Addis Ababa and is now working at a private architectural office, to which we were invited. He has a personal interest in landscape architecture and made a park walk together with us and Ato Napoleon one Sunday.

Ato Napoleon Tsegaye, Who become the second employee for the Park Committee. He is native to the park area and guides weekly trips up on Entoto. Ato Napoleon has the best onsite knowledge of all people we met and also has a very good contact with the locals. We never went up on Entoto without him and he becomes our closest counterpart.
It was very satisfying to see the Park Committee had realized the absolute necessity to base the development of the park on local knowledge like his. We could neither have concluded our inventory of the park in the field nor get the most out of the aerial photographs for the making of maps without his contribution.

Dr. Agadu, a senior police officer. He is, among others, involved in the questions regarding the future guarding of the Park, such as the employment of a chief guard.

Dr. Hailu, dean of Faculty of Technology. Dr. Hailu was going to organize a physical survey of the Park. He will guarantee some students being involved with the development of the park at an early stage.

Mrs. Rita Pankhurst, botanist. She lived in Ethiopia for many years and has a big horticultural interest (and a beautiful garden) and an economic mind. She is the wife of Dr.Richard Pankhurst, Professor of History.

Ato Yilma Dellelegn, has become involved as a member of Ethiopian Wildlife Association. He initiated debates about buffer zones around the Park and has got experience from establishing protected nature areas in various parts of Ethiopia. He strongly argued for not repeating the mistake from other nature conservation strategies of not involving the local people in and around the park at an early stage.

The Department of Architecture and Urban Planning, Building college, at Addis Ababa University, with Ato Wubshet Berhanu, head of the Department, offered us lodging and help in matters concerning our work and stay in Ethiopia. Ato Fasil Georgis and Ato Zeleke Belay, both of them teachers, were our counterpart in continuing discussions. We also very much appreciated the kind of treatment the staff and student gave us.

We would also like to thank The International Rural Development Centre, IRDC, at the Swedish University of Agricultural Sciences, SLU, for giving us the MSF grant and the exciting possibility to travel to Ethiopia.

The Office of Regional Planning, the municipality of Eskilstuna, Sweden has been very generous in offering possibilities of using their office in preparing this report.

Our supervisor in Sweden, Roland Gustavsson, Professor in Plant Design and Landscape Management at the Department of landscape planning, Alnarp. SLU, Has given his valuable opinions and wise suggestions, helping us to conclude this report.

Last but not least, we want to thank Dr. Dag Rudin, an expert in Forestry Genetics and member of the Tree Seed Project at United Nations, Addis Ababa. Mr. Rudin, as our supervisor in Ethiopia, was very encouraging, and one who initially proposed to the Park Committee to offer MFS for two Swedish landscape architects. We made two trips out of Addis with him when he was teaching in tree seed management. One trip was to Wondo Genet and one to Menagesha State Forest. Both field trips were essential for our study. He also invited us to his home when we were in need of comfort.