The History of the Environment 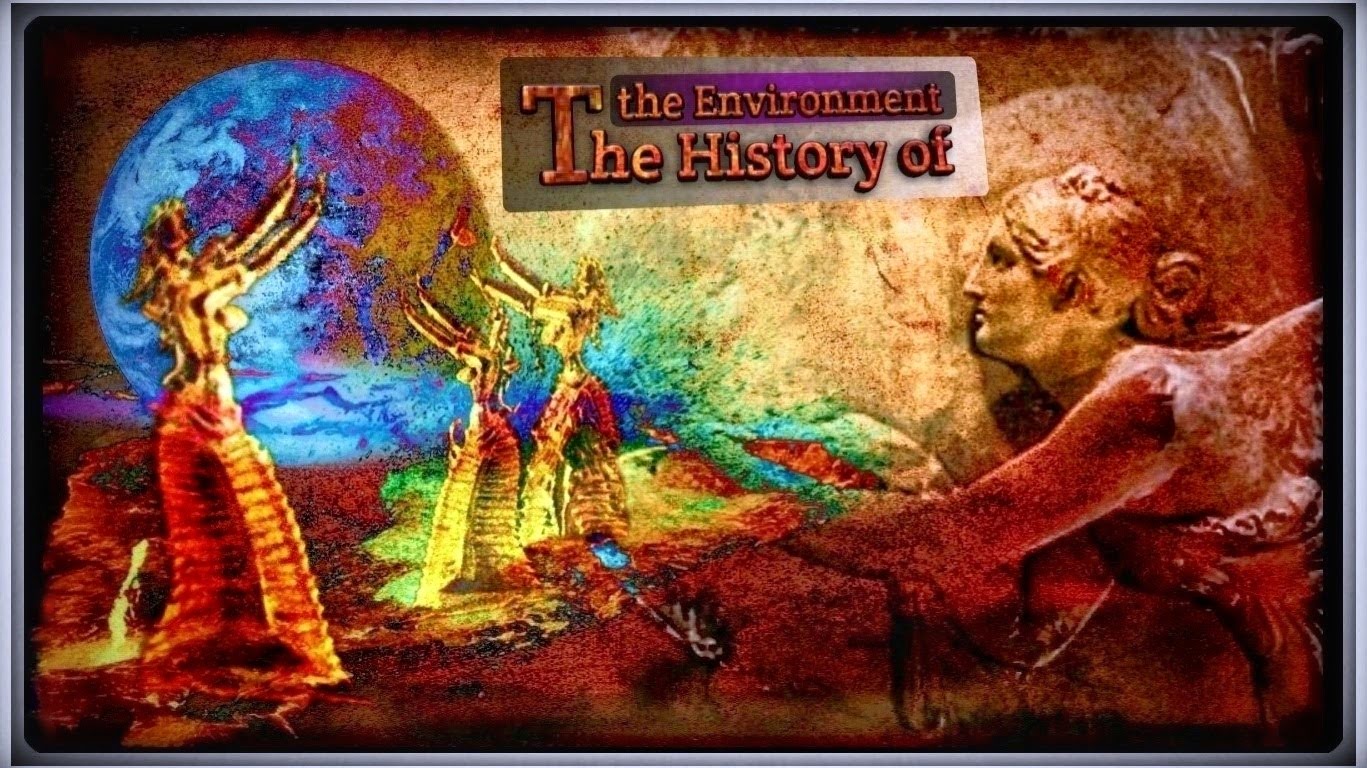 The History of the Environment

The evolution of civilization in different cultures and parts of the world indicates an evident connection between in-depth knowledge in biology and the specific culture's potential for development. Without a doubt, a healthy relationship is seen with this rule, even in other sciences. Still, it is particularly evident in biology, as this is so close to human health and well-being.

A Beautiful Memory that Attracts Modern Science and Art.

With glowing passion and warmth feeling, it is still spoken among the residents of Entoto about the time when the water level a reasonable time after the rainy season still stood one metre higher in Entoto's canyon streams and its enchanting nature rock baths. It is thus quite close to the time when Entoto's mountain massif and its canyons could carry significantly higher water quantity and therefore supply the population in the Capital with fresh water to a much greater extent.

A rare knowledge, indeed, is that Ethiopia's high plateau is the abundant water source and the origin to most of the high cultures of history and even the cultural cradle of the today's modern civilizations. Even among highly educated groups in the technologically advanced countries, this is unknown and often an embarrassingly irritating piece of information.

The Prehistoric Legacy of Water and Plants.
In ancient times, Ethiopia's considerable rainwater resources were probably not so contradictory, and the reason was mainly the abundant natural vegetation of Ethiopia's highlands. This native Ethiopian vegetation served as an extremely effective physical barrier, blocking and the country's water masses from rushing down the country's slopes in the direction of Egypt. Also, the same native vegetation was the reason that this water was not only prevented from draining but also that this original vegetation function as numerous very efficient receivers of deluges and their torrents.

The Science of Evolution and the Symbiosis of the Indigenous Plants and their Soils.

Prehistorically in Ethiopia, this receiving water system of plants and soils fulfilled in the past antiquity still their natural properties to withhold a large proportion of its water and its nourishment within its landscape's own mountain massif and deeper soils. This organic evolutionary optimized creation was then the biological tissue that was shielding the scene and gave protection against erosion. Furthermore, this organic protective and shielding mechanism executed at this remote time its natural character to save this precious water. This prepared then nature for the spare time in a still unknown dry season and this by a careful manner, typical for ancient and native organisms to gather the resources from the rains.
The Natural Optimized Storage of Purified Water.
The purpose was naturally to store this water for the regular dry seasons and this, even more, keeping the water during countless years within the natural underground aquifers. This prehistoric creation of retaining and purifying water then consisted of nature's own and indigenous optimized selection of native plants and soils. These native plants and their unique soils then directed the rainwater by its physical blocking properties and further guided this water into the ground by their own roots' and soils' symbiotic enhancements, very reminiscent of a myriad of microscopic and underground seeking natural water delivering tube systems. Thus was the torrential deluges in antiquity directed down towards Ethiopia's thick soil layers and the deeper groundwater reservoirs.


This seasonal water flows over the Ethiopian Highlands were then historically and even more prehistorically infiltrating the deluges into soil permeability and by gravity vertically delivered this mass of purified water to be stored in underground aquifers.

Historically, these large quantities of torrential precipitations were accumulated for a long time within the borders of Ethiopia, with the result that the total water flows in the country were greatly extended over time and at the same time subdued in its sudden and erosive overflows. These floodwaters were thus regularly swallowed by Ethiopia's geology, landscape and vegetation during each rainy period, and only after these were fully saturated did the abundance of rainwater begin to flow further into the Nile.
The metrological phenomenon, known as Orographic Precipitation (OP), is shown in the image [1] just above. This type of mountainous and high altitude weather condition is a well-known and evident scientific phenomenon that describes how the incoming clouds transform their moisture into rain (OP) as they rise over a high mountain and its chilly massif. However, this mountain massif need not in any way be close to potential civilization to deliver high volumes of water. Still, the source of the precipitation and the beneficial countries may be very distant from one another, such as the Ethiopian Highlands and the Egyptian civilization. The Ethiopian Highlands is a historical example here, which, despite its remoteness, is nevertheless the most significant carrier of the water that arrives in Egypt's civilization through the Nile River.

Civilizations and Mountainous Rainfall.
The precipitation that falls on high-lying mountain masses is usually of utmost importance for the opportunities to develop a stable and prosperous civilization for the societies below. This cultural dependency is a distinct and regular phenomenon that is recurring throughout history and today's cultures. The erosive forces (EF) can be devastating and contradictory, and this is because rainfall should usually be welcome. The reason why significant problems nevertheless arise is generally a lack of higher civilization, political turmoil or only a despotic and ignorant society in harsh control by a highly corrupted political elite.
Historical Recurring Devastation of Water and Vegetation.
Due to this background of shortcomings in knowledge within international cultures, reoccurring through history follows a deterioration of the environment. This destruction of the environment occurs since an ignorant political elite, prevail by manipulating in reluctance for the temporary costs regarding the concerns for humans and the country. Naturally, it follows severe obstructions and even fears among the population for exposing their ability and motivation for accumulating and securely storing these massive amounts of rains and their immense seasonal deluges. Thus, the political elite created a life-threatening situation against inhabitants who in their despair for the sake of their families dared to undertake any necessary technology or work to promote these water masses to benefit the population during periods of heat and drought. A different easy way to explain this intricate turmoil of human behaviour is that the native vegetation is negatively affected and, therefore, the loss in the soil layers' natural strength.

After the surprisingly long opposite turned detour of the Blue Nile's long journey towards the south and Ethiopia's capital Addis Ababa, the Blue Nile turns at last turns northwards and unites with the White Nile in Sudan and then continues to Egypt. Although the river Nile is very mighty when it, at last, arrive in Egypt, it can, of course, be seen as very odd how this classic river along its path from the Ethiopian Highland also is subdued to considerable losses of water. Due to leaks along its extremely long river path the River Nile is, of course, defeated with many forfeitures of water in soil permeability and evaporation. Furthermore, these countries receiving the water below the Ethiopian Highland are well known as warmer lowland areas; nevertheless, this water from Ethiopia finally arrives in Egypt in historical quantities.

The Blue Nile from Ethiopia is here, with it's 70 - 80% of the Nile's water during the rainy seasons, without comparison the dominant source of the Nile, and this should be essential to point out as a crucial historical reality. It's is usually described how the countries south of Ethiopia are the source of the Nile. However, this is only correct in the adventure literature and the early travelers' romantic description of heroic adventures' discoveries in the ascent of the breathtakingly beautiful cloud-covered Ruwenzori mountains and glaciers in the mountain range through the countries of Uganda and Congo.

In the case of reality and science, it's  Ethiopia, with the large lake Tana that dominates and distributes this water to the River Nile and this thanks to the Blue Nile's long journey through the highlands of Ethiopia.

Located on a mountain ridge of Entoto Natural Park its crest forms a big water divider. The northern slope drains into the Blue Nile, and the precipitation from the southern slope will end up in the Awash River.

This topographical configuration of Entoto Natural Park's mountain crest has the curious result that two raindrops that simultaneously moist the soil of Entoto's mountain crest, only a centimetre apart from each other, will have quite different destinies. One waterway will, after a long journey through the River Nile reach the Mediterranean Sea. In contrast, the other watershed will pass through the city of Addis Ababa, eventually evaporating in the Danakil Desert*, as the Awash River never reaches the sea.

At the end of the rain season in September - October, the high plateau turns into a place of deep attraction where streams and waterfall begin to stabilize, and in October - November, a gentle, romantic flow of ideal conditions becomes evident.

The wilderness pools above Bees' Cliff.