The Forgotten Sciences from Antiquity 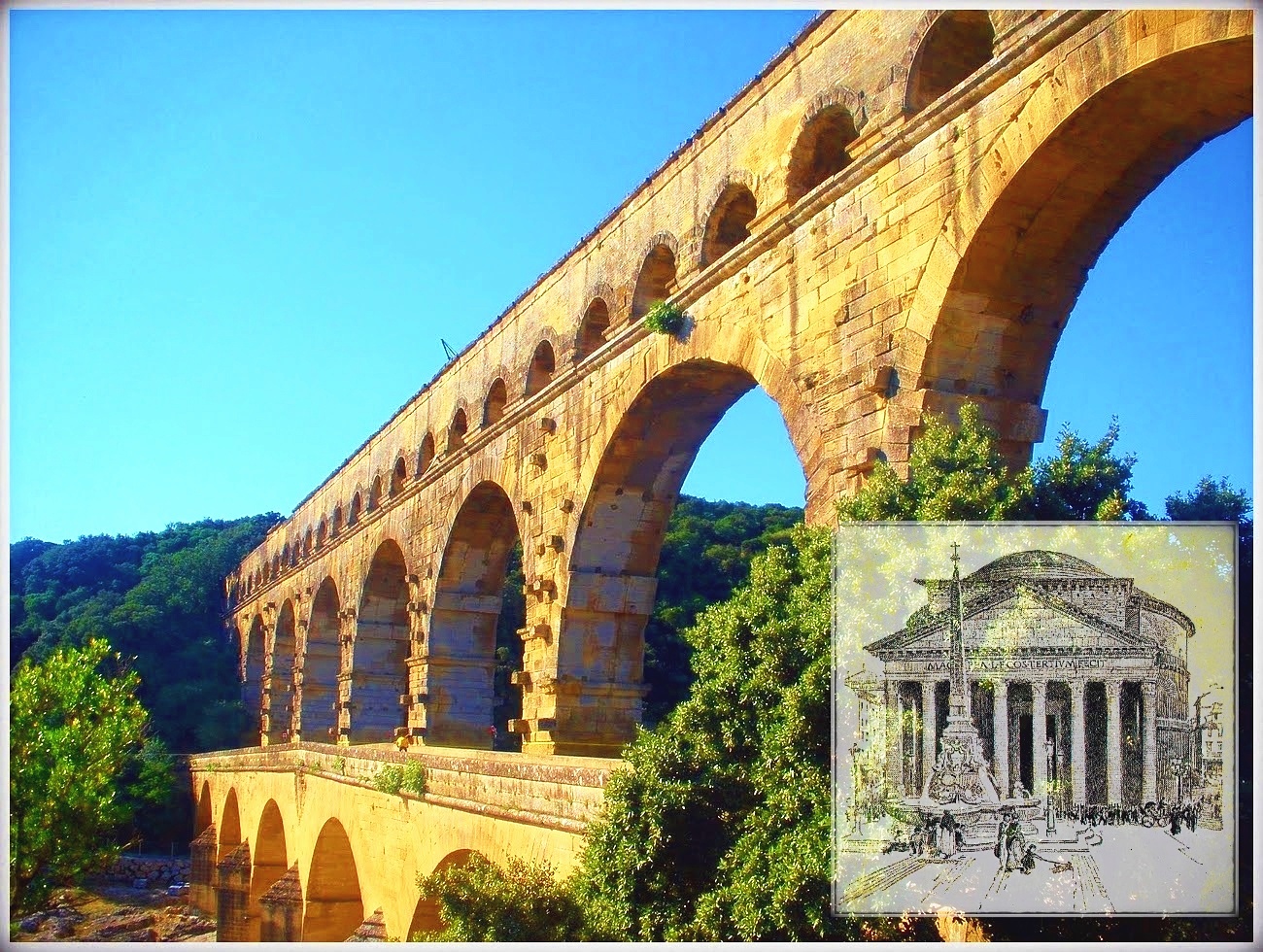 The Forgotten Sciences from Antiquity

The Elusive Ingredients of the Roman Empire Concrete.

Furthermore, the progressing international research shows that Roman concrete is much more environmentally friendly and energy-saving in its manufacturing process than modern concrete. Contemporary and highly accepted sources from the Roman Empire claim that residual waste such as animal, blood protein and fat is the elusive but very precious and precarious ingredient that provides the solution to the Roman Concrete's superior self-repairing properties through the aeons.

Culture and Emotion with Industrial Methods.

It seems probable that the emergence of the new religious currents in the Roman Empire adopted a disgusting attitude to mixing excess blood in the construction of buildings. Since the European Middle Ages, this controversial animal product has had a common reputation with precarious feelings; this reluctant attitude to blood in the building bricks of homes has emotionally reinforced its conviction by modern culture. In addition, after the fall of the Roman Empire, Europe suffered from regular hardships and famines, which in all probability, did not produce any excess animal blood. Therefore, it seems natural not to use this blood term as an open expression but to denote this little shocking term for something more flavorful. Thus, such a gentle and recommended term as seawater appears more preferable and diplomatic. However, today's sciences may provide alternatives and know-how about artificially reproducing the desired biological substances which conceal their secrets within the ancient constructions of the Roman Empire. Thus, today's industrial methods should exist with a substitute where the historical pure original biological processes from the Roman Empire are no longer required.

A Gateway to the Lost Secrets of Antiquity

A Thrilling Adventure among Waterfall and Fortress.
This mountainous fortress facility (38) - (B) was built in the late thirties by the invading Italian forces to gain control with a strategically significant overview of the Capital and the landscape. The site's magnificent scenery gives an incentive to consider the facility being reconstructed for adventure tourism. Although this ruin (38) - (B) invites to this high river dell, alerts should remain since its cliff-ledge is the actual gate of the twilight Canyon. This caution is crucial since this gate is the last receiving cliff-ledge of the Canyon's total water flow. Therefore, precautions are required during thunderstorms.
The Drama of Waterfall and Mountain Pools.
This mountain site (38) - (B) is dramatically located above a dramatic waterfall on the mountainside, with complete contact with splendid panoramic views. The varied nature drama and exciting surroundings, including the spillway waterfall, adorn this Italian fortress' patinated architecture. Thus, keeping a precise distance from the dizzying precipice is prudent, where spectators become seduced by thrilling expectation and pleasure. All this is thanks to the cosy atmosphere of this mysteriously forgotten cliff ledge with its mountainous Fortress and reservoir. The Creation of Drinking-Water

The Lost Sciences with Masterpieces of Constructions

Since the Roman intellect from antiquity often convinces today's observers by its historical proven colossal early insight, it follows the natural assumption that on several occasions, they have observed the peculiarly amplifying confinement of fossilized organisms (ammonite concretion). Due to this background, an exceptionally gifted civilization follows a presumption that they acutely analyzed to copy this reinforcing phenomenon by applying this to the material of their civilization's buildings. This so-called Roman concrete can thus have undergone a development process where they discovered through successes and failures that this incorporation of minor biological substances into their concrete provided a unique material with a crucial ability to undergo reinforcing and self-repairing properties over time.

An Invitation to the Grande Adventures

Picnics With the Panoramic Site above the Landscape.

Saving the Environment and Knowledge
with the Lost Knowledge from Antiquity

Although this Italian ruin was built in today's decaying concrete, the renovation of this mountain fortress (38) - (B) can stimulate an excellent foundation for a historical discovery of the lost recipe for Roman concrete. This potential rediscovery of ancient concrete with this lost high technology and historical treasure from antiquity would then offer a scientific study of Roman technology within an educational project. Although this historical concrete's millennia-old secrets still prevail as a crucial investigation of international laboratories, its deepest secrets persist. Therefore this research attracts many scientists to unlock its forgotten knowledge about this ancient high technology's excellent properties to maintain immense strength over aeons in harsh conditions and flowing water. Thus, significant positive environmental factors could be obtained because Roman concrete maintained and increased its core strength through the millennia, unlike modern concrete.

"Concretions form within layers of sedimentary strata that have already been deposited. They usually form early in the burial history of the sediment before the rest of the sediment is hardened into rock. This concretionary cement often makes the concretion harder and more resistant to weathering than the host stratum."
https://en.wikipedia.org/wiki/Concretion

The Cautious Choice for the Young Family

19. The 𝐈𝐭𝐚𝐥𝐢𝐚𝐧 𝐖𝐚𝐭𝐞𝐫 𝐑𝐞𝐬𝐞𝐫𝐯𝐨𝐢𝐫
The Italians established an extensive reservoir to provide the Capital with water during the occupation. This mountain reservoir (underground water technology) has lost some importance in favour of more significant catchment dams. Therefore, during the regular rain season, it s appropriate to enjoy the pleasant and sunny day hours by enjoying the beautifully undulated promenade within a delightful valley and its enchantingly sculptural glen. The gentle path that reaches the Italian-built spring water facility (19) of Entoto Kidane Mehret (1), seen above within the map valley [A], is within these requirements and, therefore, an excellent choice for most activities and nature interests. Entoto Kidane Mehret's inhabitants bring their household water from this source. Thus, the company is apparent by playing with children and people fetching water to their homes.

Picnic and Play for the Young Family

With Knowledge, Caution is Required

Concerning the secrets within these awful behaviour patterns of humans' most nefariously prestigious centres, problems immediately arise with a universal analysis of psychopathy due to the tremendous cultural sensitivity of the issue. In the cultural refinement sensitivity in today's modern society lies the need for concealing human hierarchical ruled psychopathy, which has undergone a refinement into the forbidden world of actions for necessary reasons. Despite this cultural refinement of the modern human's psychopathy, it would be only natural to assume that human despotism, despite its culturally polished nature, is very similar to the bestiality of higher mammals. These differences in psychopathy between humans and mammals appear while human tyranny in the long development process has undergone substantial cultural and genetic changes. These genetic changes of the human's ancient DNA become evolutionary and naturally selected to fit better the demands of an advanced civilization's hierarchical needs for power in duping secrecy.

The Hazardous of Science and Prestige.

Concerning the Roman concrete, it should not surprise that there may be apparent problems in introducing its pioneering knowledge into today's economy and civilization. The reasons for this subject's sensitivity to sophisticated technology are thus several, but such science, which is crucial for larger economic markets and national security, should be treated with the utmost care. This subject of lost or forbidden knowledge is a very exposed element where the potential of extreme economic profits creates a foundation with deeply nasty, culturally corrupt and hazardous circumstances. The sensitivity of this subject is also pure personal prestige, firmly attached to deeply frustrating, envious emotions. The head's concentration on finances and their political associates' attitudes are often misguided and filled with aversion towards the individuals who are intellectually above themselves. This danger is so apparent that no intellectual individual of scientific advancement should have close or personal contact with these financial concentrations of power. Therefore, professional lawyers' offices must represent the intended subject of high technology. The firmly entrenched group of cutting-edge sciences, then mediating all communications to their lawyers and extremely important: the individual's original identity must remain classified.

Due to the flagrant shortsighted strategy of the authoritative centre, this single-minded's nefarious prestige, with their all too often ruthless deeds, follows a recurring profoundly tragic legacy. Thus, with a fragile and false base with the intention of manipulative intellect, the shortcomings within a purely malicious duping mind raise severe emotional obstacles against the required knowledge of civilization's development. This historically proven lack of reliable cultural and scientific knowledge among the boards of established large corporations and autocrats appears all too often apparent. Therefore, regarding the required ability in natural sciences, these rulers raise their discomfort of shortcomings when trying to socialize with people of scientific foundation. Consequently, with their deceptively chosen ground, these corporations of lofty and manipulative power groups often need help understanding the new technology's benefits and practical use for their population's well-being, society, and civilization's progress.