The Capital's and Entoto's Contemporary History 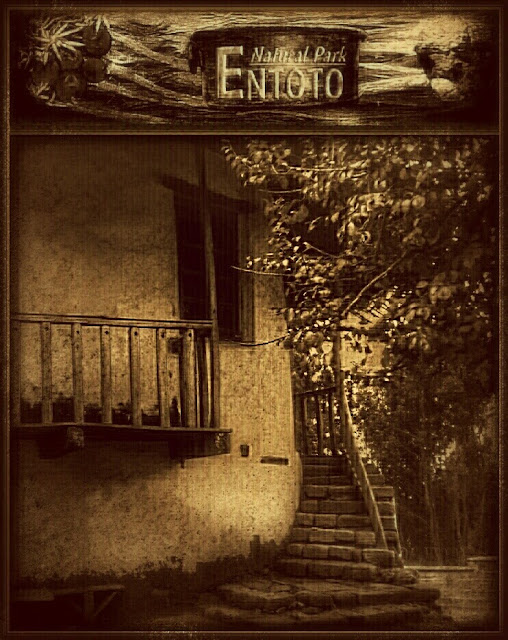 The Capital's and Entoto's Contemporary History


'' From the late 1870s, Menelik began to show an increasing interest in the region in which Addis Ababa is situated and headquartered the royal camp at several sites in the area.

His first major settlement was established on the slopes on Mount Wuchacha, west of the present settlement, but he soon moved northwards and set up his camp near the summit of Entoto Mountain, a choice determined by strategic considerations. Here he erected a palace''...

''The next important building to be constructed at Entoto was the church of Maryam, a circular structure, the foundations which were laid in 1885.

Menelik, it is said himself participated in the building's work, and on occasion travelled with his consort, Queen Taytu, to Mount Managacha to the west where he helped to prepare massive squared roof beams which were then carried dozens of kilometres by groups of four or five soldiers".

A Historic Site on the High Plateau

With Museum, Restaurants and Palace

With accessible trails, this high plateau offers surprisingly gentle terrain in reasonably close contact with great views over the landscape beneath, including the fashionable and cultural facilities with activities of Entoto Park (Z). Within this magnificent highland landscape, Entoto Maryam (43) dominates just above Entoto Park (Z), alluring by its high altitude to explore this vast high plateau.
A Lovely Landscape for the Family.
Except for the historic and quaint mountain town of Entoto Maryam (43), with restaurants and museum and Palace, this highland location offers a peaceful undulated landscape with well-accessible trails. Except for this site's gentle and graceful promenade landscape, a terrain vehicle can reasonably come in close contact with the most sights and activities. (Photo to the right by David Stanley)
"It was at this church of Maryam that Menelik was crowned Emperor of Ethiopia in November 1889, and an effigy of the old monarch can still be seen on its walls. ''(Hancoch et al. 1983, pg102.)

But the establishment of the capital on the slopes of Mount Entoto did not turn out well: ''Entoto, as Menelik's capital, rapidly acquired a considerable population.

At the beginning of the century, the British game-hunter and ethnographer, P.H.G. Powel-Cotton, described it as ''a populous city'', while his compatriot, Herbert Vivian, believed that it ''must have comprised 50 000 souls". A Historical Capital On the High Plateau

''The site, which had initially been selected as a fortress, was not suitable as a capital for more peaceful times. Being situated on a rugged mountain, it was poorly supplied with provisions which could be brought up only after an exhausting walk.

Food, as Ilg reports, was often scarce, and wood and water were also difficult to obtain. Entoto's climate during the rainy season was moreover far from pleasant, for it suffered from many storms.

The Childhood Cradle of Entoto's Slopes

Sir Wilfred Thesiger received the wilderness from his childhood cradle at Entoto and lived with nature's closeness even more intensively during the following years of dangerous missions.  The author's writings now directly contact these remarkable events.

These compelling stories from an almost forgotten Abyssinia appear with intricate ardour while they appear with humble sincerity but irresistible low-key beauty. In the initial contact with the literature of this authoring and remarkable legend, a warm, friendly narrator clearly appears. The book one reads is thus captivating enough to thereby becomes part of the reader's own emotional experience.