Ethiopia and the River Nile 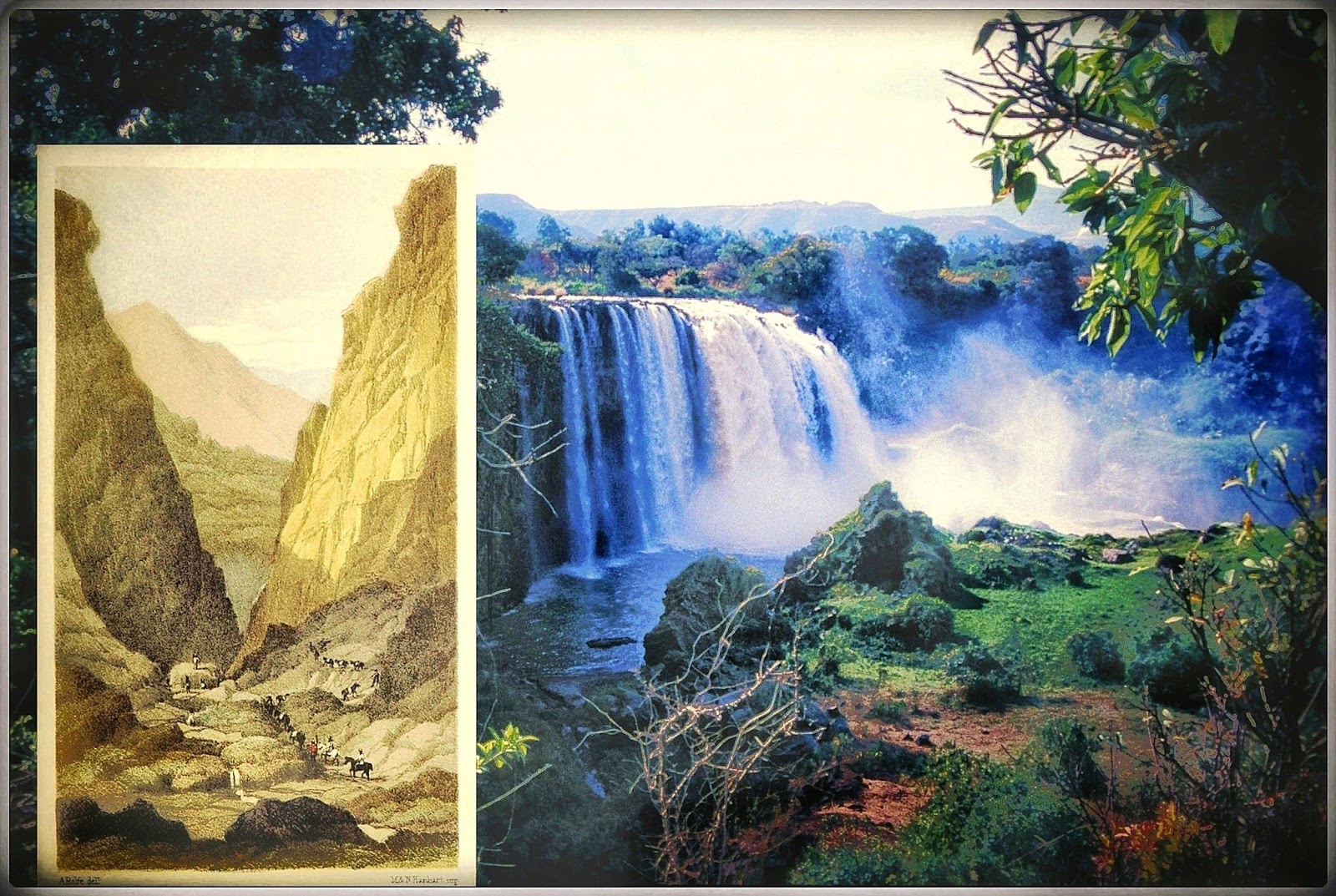 Ethiopia and the River Nile

Indeed, a rare knowledge is that Ethiopia's high plateau is the abundant water source and the origin of most of the high cultures of history and even the cultural cradle of today's modern civilizations. Even among highly educated groups in technologically advanced countries, this is unknown and often an embarrassingly irritating piece of information. The Ethiopian Capital is the closest to the direct benefit of this unique water resource in this magnificent and historic mountain massif that forms a water divider for the Nile's main flow.


This lack of interest in the academic world is mainly due to difficulties distinguishing the abundant precipitation source over the Ethiopian Highland and its much later deposited water in Egypt and the Mediterranean sea. Furthermore, a twisted history record appeared due to the early literary legacy of adventurers among the explorers and their desire to find the mysterious and evasive source of the White Nile.

They hesitated to follow the Blue Nile to such a high degree that the explorers, first in 1968, could muster the challenge and lure of the more significant cause of this ancient and mysterious water flow by following an arduous journey through Ethiopia's deep gorges and canyons. Thus, they gazed at the horizon of Lake Tana, the still mythical source of the Nile. Here the team of 60 British and Ethiopian servicemen and scientists made the first complete descent and scientific investigation of the Blue Nile.
Always hazardous, this journey went, into waterways of steep rising clefts, endlessly repeating and with little rest with unforgiving dusky nights. Through the hardship and moist starvation, this journey continued into these irresistible beautiful but harshly demanding and dizzying looming twilight gorges. They continued intensely beneath these towering high mountain crests of the Ethiopian Highland and among the waterways of deeply lurking beasts. Yet, within still unmapped territories, they finally found their way within these abysses in this concealed landscape underneath the Ethiopian high plateau. Hence, they created the first investigative research on this mighty waterway beneath Ethiopia's historic Highland.
Thus, Egypt, the ancient high culture, usually regarded as the cultural cradle for the ancient Greek and European civilizations, have their historical culture thanks to the watershed from the Ethiopian Highlands. These past civilizations, located far below and beyond Ethiopia, have nourished their cultural source thanks to this mighty water flow of the Blue Nile and Ethiopia's other major rivers described below.
The Ethiopian Highland is the Legendary Water Provider.
However, this Ethiopian primary source of the Nile River is only one of several Ethiopian rivers that contribute to the total water in the Nile. Consequently, the total amount of water delivered from the Ethiopian Highland to the Nile is clearly above the outstanding contribution of the Blue Nile.
It is usually described how the countries south of Ethiopia are the source of the Nile. However, this is only correct in the adventure literature and the early travellers' romantic description of heroic adventures' discoveries in the ascent of the breathtakingly beautiful cloud-covered Ruwenzori mountains and glaciers in the mountain range through the countries of Uganda and Congo. The Blue Nile from Ethiopia is here, with 70 - 80% of the Nile's water during the rainy seasons, without comparison to the dominant source of the Nile, which should be essential to point out as a crucial historical reality.
In ancient times, Ethiopia's considerable rainwater resources were probably not so contradictory, and the reason was mainly the abundant natural vegetation of Ethiopia's highlands. This native Ethiopian vegetation served as a highly effective physical barrier, blocking the country's water masses from rushing down the country's slopes in the direction of Egypt. Also, the same native vegetation was why this water was blocking and preventing from draining; thanks to this, the original vegetation functioned as countless very efficient feeding pipes into the mountain massif's aquifers. Thus, the torrential deluges naturally absorbed and harmonically directed these seasonal floods into Ethiopia's thick soil and deeper groundwater reservoirs. This seasonal water flows over the Ethiopian Highlands were then historically and even more pre-historically infiltrating the deluges into soil's permeability and vertically delivered this mass of purified water to be stored in underground aquifers.
Historically, these large quantities of torrential precipitation become accumulated for a long time within the borders of Ethiopia, with the result that the total water flows in the country were greatly extended over time and, at the same time, subdued in its sudden and erosive overflows. These floodwaters were thus regularly swallowed by Ethiopia's geology, landscape and vegetation during each rainy period. Only after Ethiopia's natural underground reservoirs were fully saturated did the abundance of rainwater flow further into the Nile.
After the surprisingly long opposite turned detCapitalthe Blue Nile's long journey towards the south and Ethiopia's Capital, Addis Ababa, the Blue Nile turns northwards and unites with the White Nile in Sudan and then continues to Egypt. Although the Nile is very long and mighty, it can be seen as odd how it is also subdued to considerable water losses. Due to leaks along its extremely long river path, the River Nile is defeated with many forfeitures of water in soil permeability and evaporation. Furthermore, these countries receiving the water below the Ethiopian Highland are known as warmer lowland areas; nevertheless, this water from Ethiopia finally arrives in Egypt in historical quantities.

It is a meteorological phenomenon (Orographic Precipitation) that is very well known and obvious that the incoming clouds transform their moisture into rain as they rise over a high mountain mass. However, this mountain massif need not be close to potential civilization to deliver high volumes of water. Still, the source of the precipitation and the beneficial countries may be very distant from one another, such as the Ethiopian Highlands and the Egyptian civilization. The Ethiopian Highlands is a historical example here, which, despite its remoteness, is nevertheless the most significant carrier of the water that arrives in Egypt's civilization through the Nile River.

In the case of reality and science, it's  Ethiopia, with the large lake Tana that dominates and distributes this water to the River Nile, thanks to the Blue Nile's long journey through the highlands of Ethiopia. Its crest forms a big water divider on a mountain ridge of Entoto Natural Park. The northern slope drains into the Blue Nile, and the precipitation from the southern slope will end up in the Awash River.

This topographical configuration of Entoto Natural Park's mountain crest has the curious result that two raindrops that simultaneously moist the soil of Entoto's mountain crest, only a centimetre apart from each other, will have quite different destinies. After a long journey through the River Nile, one waterway will reach the Mediterranean Sea. In contrast, the other watershed will pass through Addis Ababa, eventually evaporating in the Danakil Desert, as the Awash River never reaches the sea.