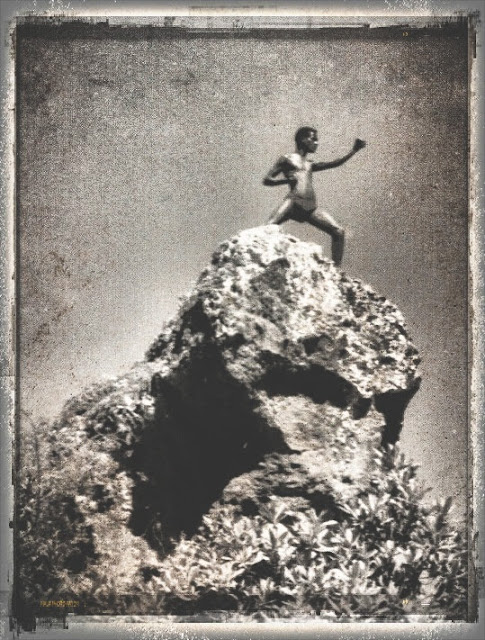 Addis Ababa is situated 9° north of the equator in central Ethiopia. On the mountain of Entoto, the Park area extends from the northern edge of the city, at an altitude of 2 600m and further north over the mountain crest at almost  3 100 m.
There is a splendid outlook over the sprawling city and over five high solitary mountains from several spots, in the southwest to the southeast (Menagesha, Wachecha, Furi Zukuala and Yerer).
Facing north from the top ridge, one looks out over vast plains, towards Sululta and some bare mountains.

The mountain ridge on which the Park is located constitutes a big water divider. The northern slope drains into the Blue Nile, and the precipitation
from the southern slope will
End up in the Awash River.

This has the curious result that two raindrops falling at the same time just a few centimetres apart will have entirely different destinies: one will, after a long journey, reach the Mediterranean Sea, whereas the other will pass through the city of Addis Ababa, eventually evaporating in the Danakil Desert, as the Awash River never reaches the sea.

The lower part of the Park adjoins Addis Ababa's northern outskirts, at the district known as Shero Meda (Shiromeda).


Coming from the central parts of the city, the Entoto Avenue leads up to the school of Kuskuam in the north of Shero Meda and further along the border of the Park to the Church of Entoto Maryam (Håkan Blanck and Pia Englund, Entoto Natural Park 1995).

This community in the capital's northern district offers a central station for further taxi and bus services to the Capital's city centre and a direct taxi connection to Entoto Maryam and Entoto Kidane Mehret.

Although this rock-based sanctuary and society towers within the Capital's northern boundaries and its mountain massifs, it seems to be very preserved and well above all stressful whims.

Furthermore, this Church and Monastery are astonishing hidden, tucked into the mountain massif rising shoulder where perception arises very soon to be careful because precipices and gullies take over immediately when you just move away from a little piece of this remarkable protective town.

A Mountain-based Station for Bus and Taxi.

Although Entoto Kidane Mehret is quite highly located and appears distant due to its height above the Capital, it's equipped with a station for regular bus and taxi traffic.
This quaint town's structure creates here a harmonic embrace of the extensive and impressive Entoto Kidane Mehret Church (32), Monastery and Sacred Water Source (31), Juniperus procera Forest (indigenous) 30. https://goo.gl/maps/58V2EvcmpVPcgeGx8

The choice of Entoto Kidane Mehret as a central base for further exploration of the Park is natural because both the Capital's buses and municipal taxis regularly have this place as the final location.
They are here waiting in the shade of large native trees before they again turn downhill and soon arrive in the Shero Meda (Shiromeda) station and society and further the more central part of the Capital.

Entoto Kidane Mehret is a very dedicated and appealing mountain town but should more precisely be described as a profoundly religious Sanctuary and Protectorate of Nature and Inhabitants.

For a long time, this has been a religious protectorate of Entoto's nature, thus gaining unique and profound protection that has been deeply associated with religious devotion and conviction.
However, the Hotel and Guesthouse is missing, which means that the nearest accommodation for tourism and dining is the Shero Meda (Shiromeda) community.
About Us Bus Services Geography Protectorate Sanctuary Science Stations Taxi Travel info Visit

Activities and Recreation A Park of Serenity and Resounding Joy Entoto Natural Park is a unique place to discover the most breathtaking ancient mountain nature with streams flowing from clear springs and waterfalls. Enclosed by Junipers' fragrance, the view of the Capital opens up in delight through dizzying ravines and waterfalls. Winding streams gently curl and are then hidden mysteriously in high stone arches. Surprises are regular with both exciting places for relaxation and fantastic water activities. Experience the Park with its ability to produce a genuine and powerful creative joy where many families can reunite and rejoice in being free from stress and regaining health, and creating irresistible inspiration. The possibilities for activities are extensive, including entertainment (Z), but in the centre stands the unique Nature that offers a wide range of activities through the dramatic terrain. Regarding events for the physically active and sporty, there are
Read more

Entoto Park (Z)   (Inquiries) (Date) 2020-10-31 A sincere request prevailed for a family-friendly invitation to the Park's exquisite nature for a long time. Thanks to a new family and culture department with the required modern facilities, this unique nature would become within reach for families and passionate nature people. Thus, the somewhat rugged and overwhelming vast appearance of Entoto Natural Park gave the cause for developing this more comfortable department, including various activities and cultural facilities. This newly inaugurated and modern department is called Entoto Park. It can seem confusing with these name variations of the Park. However, these different names of the Park are associated with its unique nature and culture. These park sections give visitors diverse interests an excellent opportunity to choose today's adventures according to their interests in activities or culture. Because Entoto Natural Park is ubiquitous and characterized by wilderness, t
Read more

The Hidden Treasure at the Mountain's Shoulder This place is the work area of many endeavours; Entoto's High plateau appears among adorable Juniper hills and dreamlike meadows. Ultimately, beyond the horizon of golden fields, this landscape of forgotten dreams reveals its southern border in the abyss Bees' Cliff (14). Here it shows very soon; the beautiful path (42) to Entoto Natural Park (Nursery) 34, where the massive work has elapsed with nature restoration for many years. Geographical Situation Addis Ababa is situated 9° north of the equator in central Ethiopia. On the mountain of Entoto, the Park area extends from the northern edge of the city, at an altitude of 2 600m and further north over the mountain crest at almost 3 100 m. From several spots, there is the splendid outlook over the sprawling city and the five high solitary mountains, in the southwest to the southeast (Menagesha, Wachecha, Furi Zukuala and Yerer). Entoto's High Plateau wi
Read more