Heroes' Ideal for the Future 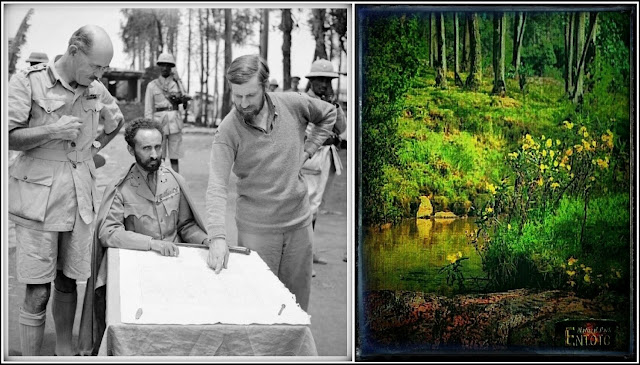 Heroes' Ideal for the Future

This image gave testimony to the seriousness of the Gideon Force when they fought to liberate Abyssinia (modern-day Ethiopia). Outside this picture but crucial to the whole were Colonel Orde Wingate's Israeli adviser Avraham Akavia and the unforgettable explorer and author Sir Wilfred Thesiger. The latter together created a decisive force to defeat Mussolini's colonial army.

Gideon Force: The deliberation of Abyssinia (modern-day Ethiopia) against the onslaught of fascism occupation. The Emperor of Abyssinia with Brigadier Daniel Arthur Sandford to the left and Colonel Wingate to the right in the picture, in Dambach Fort after it had been captured, 15 April 1941. This image gave testimony to the seriousness of the Gideon Force when they fought to liberate Abyssinia (modern-day Ethiopia). Outside this picture but crucial to the whole were Colonel Orde Wingate's Israeli adviser Avraham Akavia and the extraordinary Sir Wilfred Thesiger. 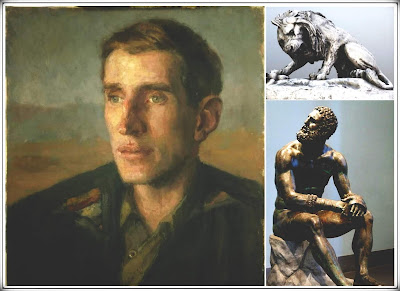 The organization Entoto Natural Park was initially formed in 1995 in Addis Ababa, Ethiopia, with the then office inside the British consulate, right next to the central area of Piazza - then by many considered as the most active and graceful flexible, inviting district in the Capital.

The name Entoto Natural Park was proposed by the then British Consul, Michael Sargent, who was also the vitality of authority in becoming the Ethiopian Heritage Trust.

While the British consulate in those years was the cultural and intellectual metropolis in Addis Ababa, it created the foundation for Entoto Natural Park, together with the irreplaceable contribution of the very hard-working employees. All these devoted individuals, together conscientiously and with empathy, created something extraordinary in this challenging mountainous area where the Highland spreads and forms Entoto Natural Park.

The British Consulate in Addis Ababa, together with SIDA funded with practical guidance of the Swedish University of Agricultural Sciences, initial work of Entoto Natural Park, which later was accompanied by many additional contributing dedicated efforts of individuals and organizations.

Entoto Natural Park calls for dignified responsibility within its traditionally preserved sanctuary. The legacy for preserving the traditional landscape and Nature naturally includes the belonging buildings, archaeological sites, and the peculiar dignity and seductive patina furrowed prehistoric megaliths. Furthermore, this devotion to the restoration of the environment encompasses the most conscientiously supporting and protecting this unique natural protectorate with its associated particular historical areas.

These massive stone statues reference a past Ice Age heritage where man and monoliths appear to have been pulled out of the quaking rock’s roots, so weathered by large erosive forces to finally beyond aeons be appreciated as significant ancient monuments.

Residents highly value These megaliths and palaces. Like Egypt and the Sphinx, these monuments' real genesis and origins often remain unknown, but the patina and deeply shaded furrows claim age beyond recorded history. Therefore, a high priority should be to assist the population in preserving and protecting these historical treasures and Ice Age sculptures from a bygone era.

Entoto Natural Park's goal and vision is to create a stable organization with the predominant purpose of initiating the foundation for the care of children, women, and Nature. However, as required, these obligations include commitments outside Entoto Natural Park and its defined areas.

Accompanying this first vision is regarded as most important that the children be offered the original genetically based stimulus for health care, intellectual development, and education. The women can find the quality of life in the noblest work pride in nature conservation and tourism.

Depending on people's health, children's school years and future generations and education in science, it is of tremendous importance to preserve and protect the building Entoto Natural Park (Nursery).  Furthermore, it's emphasized to develop this environmental work further to include additional areas with the restoration of Nature in the fresh, fragrant Highland traditionally propagated around Entoto Natural Park.

This building has been significant during these years of extensive nature conservation activities, and the work would not have been possible without its existence.

Many have spent many years in this sprawling and often inaccessible area. Great respect and responsibility were included, therefore attempting to restore human dignity and health as representatives of the most formidable environmental conservation.
About Us Archaeology Basic Children Health care History Ideal Monuments Natural stimulus Palace Tourism Women Work pride