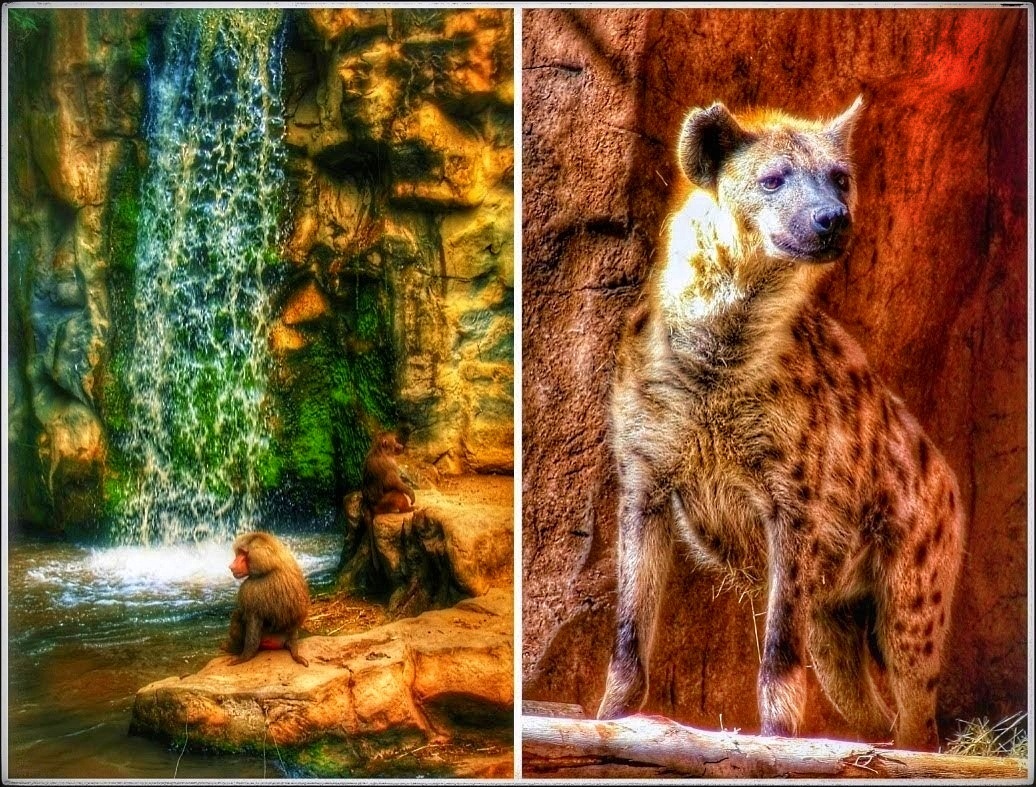 Absolute Caution with Injuries and Liquor

Since the relationship between humans and Hyenas is ancient, mutual peace has evolved, and even children are naturally left untouched by Hyenas. The Hyenas can show curiosity toward humans but are usually cautious and restrained. On the other hand, Hyenas have been seen as highly interested in sick or heavily intoxicated people, just regarding this as something different from humans and therefore not included in the ancient consensus of mutual respect.

[CAUTION] - Hyenas, A Nocturnal Danger for the Capital's Vulnerable.

It would, therefore, be possible for a person who slips and lies demobilized, hidden and injured in the shady creek bed may, at last, after a few days, attract Hyenas to become directly fatal. They can indeed become mighty animals, especially the females in close contact with muscular strength, resemble brown bears in a slightly reduced size. However, hyenas lack rabies virus symptomatic disease; thereby, such danger is unknown.

With Close Encounter of Baboon Families

While this place is unique in many ways, there are also careful reservations about the impact people can exert on its nature. Because this site contains what is desirable for people and wildlife, the result is that a conflict of interest and living space can occur. The path from point (36) is the last somewhat steep and wild hike towards Bees'Cliff (14), where soon enticing greenery and treacherous sloping abyss lure Ravens to pleasant arts of flights and jacket-pinching mischief. The direction uphill is along the northern hillside of the tributary gorge (36). The path here is quite rugged, but as the plateau's threshold is very close, the walk upwards becomes less burdensome.

This place offers an idle creative nature, where these two streams meet (36) and appear as splendid surprises in both hidden prongs and open spaces with mighty slopes. The upper slopes of the tributary creek (36) are pretty steep yet comfortable hikes with beautiful views down the mysterious river but still inviting an open gorge to the river (35). The one who stays silent and concealed between the tree trunks at point (36) can quickly get very close to rumbling and relaxed hyenas.
A walk in the abyss with the secretive company of hyenas.
Directly from the route's start in this small hidden gorge  (36), gentle winds deliver pleasure with a fresh coolness in a welcoming breeze from the canyon below that is well camouflaging the scary smells of civilization from reaching the hyenas in the depth of the gorge  (35).

A pleasant eastern route along the tributary gorge 36.

The few prudent slight detours along the upper bank of the tributary creek (36) are for increased safety and to avoid suddenly scaring wildlife that enjoys socializing around the beautiful pools right above the plateau threshold of the abyss of Bees' Cliff (14). Naturally, therefore, it is appreciated that visitors show interest by approaching the site carefully. However, since Bees' Cliff (14) and its abyss are close requires due care; therefore, it follows the recommendation to choose a more eastern path along the gorge (36).

The Complex Culture among the Wildlife

This is mainly the case of baboons with playful kids, caring mothers, and dominant guarding males. These are advanced creatures that resemble humans in many ways, especially in their emotional behaviour. This human-like behaviour is clearly observed when wild baboons breed guard dogs successfully. However, baboons also use cats for unknown reasons. The explanation for this odd or cute cat keeping is maybe so simple that the rat's appetite for the same food as baboons may not be appreciated intuitively by hungry baboon families.

An Abyss Lost in Aeons and Underground Spaces

A magnificent magic shadow world veiled by time beyond memories.
Thus, the assistance of dramatic beauty attracts this place to a thrilling approach to its surprising disappearance in space and time. However, this is overall the reason for the attraction of the site. Drama creates ideal wildlife habitats that naturally utilize this rich, three-dimensional diversity in water and rock formations through varied and dramatic scenery.
The Close encounter with wild Hyena.
By echoes from the past, hiking here becomes an exciting and mysterious experience that appears to trigger forgotten abilities that have been genetically dormant sleeping since many profoundly ancient times. Especially startling here is, therefore, the location of this place, the tributary (36), which invites a careful study of Hyenas that much appreciate the site's freshness and natural wealth.

There is no thorough survey of the wildlife in the area. Animals spotted during field trips include a small antelope (Guenter's Dikdik?) and monkeys (Vervet ?). Hyenas (in a relatively significant number), mole rats and civet cats were indicated by droppings, holes or scents, and wild cats and even maybe leopards have been seen in the past. Although the Eucalyptus tree offers a poor habitat for birds, at least 16 species have been spotted, mainly along the brooks and in the open areas.

A Great Wildlife View with the Meandering streams.

This plateau just above Bees' Cliff is a magnificent place with a great panorama view over the stream and many characters in the landscape. When the scene turns south, the abyss Bees' Cliff (14), the ravine, is very close, where the river's further gorge meandering (35) becomes intuitively felt through the profound cooling airflow rising from the unknown abyss below the field of view.